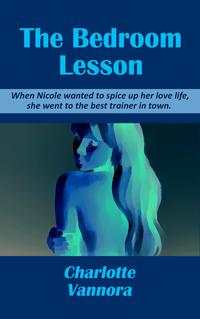 ＜p＞This is an erotic adult story of an explicit nature for mature readers 18 and older.＜/p＞ ＜p＞Felicia Wicksmore, a mid-forties wealthy patron of charities, is having a summer evening party to thank donors and raise money when young Nicole approaches her with a candid request. Nicole, age twenty-two, is desperate to be a better lover and asks Felicia to take her on as a client.＜/p＞ ＜p＞Felicia won’t talk about that in the midst of the party, so she whisks Nicole off to the master bedroom, giving a signal to her husband about what’s happening. The older woman acknowledges that she does this kind of work but warns Nicole that she doesn’t accept＜br /＞ every applicant and that she charges a steep fee. With a friend’s recommendation and a strong desire for change, Nicole is still game.＜/p＞ ＜p＞Then the interview begins. Felicia asks sexual questions in an extremely blunt way and expects frank answers. Nicole has had sex partners, but the only one who has lasted is a middle-aged man she sees no future with. So Nicole knows she has a lot to learn about what to do in the bedroom. Her goal is to be irresistible so she can take charge of her sex life and decide who stays and who goes.＜/p＞ ＜p＞During the interview, Felicia suggests that sex with a woman could help Nicole perform better with men. Nicole insists she’s not a lesbian but is so eager to become a client that she’s talked into mutual breast manipulation and kissing a woman for the first time. It’s clear that Nicole needs to do what Felicia tells her if she expects the older woman to accept her as a client. Felicia also warns Nicole that questioning every lesson will end any hope of being taken on.＜/p＞ ＜p＞Now that she’s softened up Nicole with kissing and touching, Felicia persuades the younger woman to expose herself and then masturbate on the bed. Nicole resists at first but gives in as Felicia talks her through each phase. Felicia doesn’t just watchーshe gives enthusiastic encouragement. As Nicole’s tension mounts, Felicia edges closer to the action, and finally Nicole begs Felicia to bring her to orgasm.＜/p＞ ＜p＞The seduction complete, Felicia sends Nicole back to the party with a provocative challenge to find a sex partner. If everything works out, Nicole can become a client the next day.＜/p＞ ＜p＞After taking care of her own desires in the bedroom, Felicia returns to the party and tells her husband that he’ll soon have his own opportunity with Nicole when they all enjoy a threesome.＜/p＞ ＜p＞Words: 4,800＜/p＞画面が切り替わりますので、しばらくお待ち下さい。